3 Weeks in London: I was a Tourist 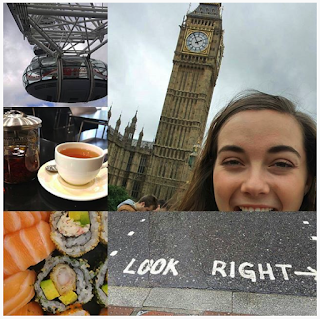 With over 8 million residents, 100 theaters, and more than 16 million visitors each year, London has a lot to see and do. During my time here I've done things from seeing Big Ben, to riding the Underground, to going to the local zoo. 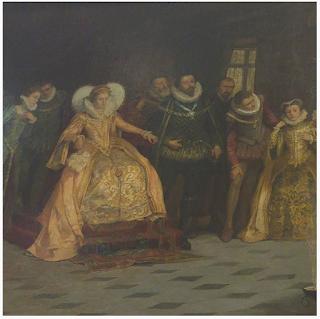 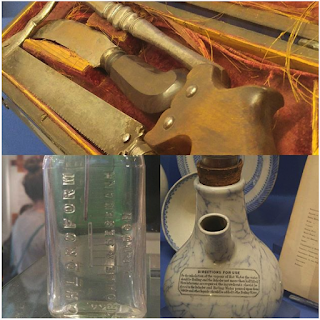 These are just some examples of the tools they used in medicine between the 1600s and the 1800s. The tools on the top are typical instruments that were used for amputation, a normal procedure that was typically done without anesthesia. When surgeons first started using anesthesia, chloroform was used. What is seen in movies where a cloth with chloroform instantly knocks a person out is actually not what really happens. Surgeons would use a small amount on a cloth covering the face, but they had to be careful not to use too much because that would cause the patient to overdose and die. 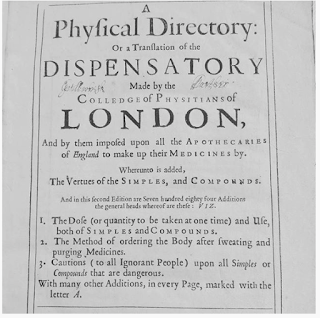 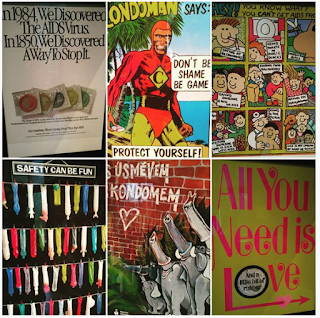 We visited the Royal College of Physicians, and got to take a tour about alcohol and medicine, as well as a tour about medicine and war. We learned about the advances of medicine throughout the history of London, and the "factory line" that was the soldiers lives. When wounded in battle, the soldiers were sent back to London by train where they entered a queue where they would either be cast aside to die, or put in another line to be reassessed. This happened quite a few times until either the soldier died, was diagnosed with a mental disorder (now known as PTSD), or was deemed well enough to be sent back to war. 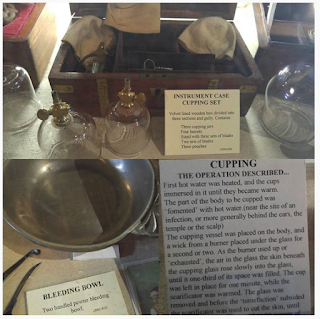 While in London we did many of the typical "tourist" stops. We rode in the London Eye, and got to see the great city form high up in the air. Compared to cities like Los Angeles, I was surprised by the lack of smog on the horizon. However, this could have been because of the constant clouds covering the sky.

On a tour about the history of toilets in London, we were shown the only lamppost in London that is still partially powered by methane gas. Back when plumbing and sewer systems were in their first years, all of the lamps were powered by "poo gas" throughout the city. Pretty gross, huh? 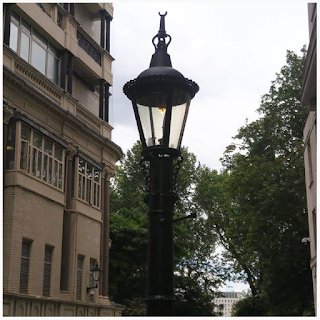 We also got to see the Tower of London, Abbey Road, Baker Street, and go on a river cruise all in the first week! The amount of culture and history in this city is SO vast that it would probably take months to see everything. 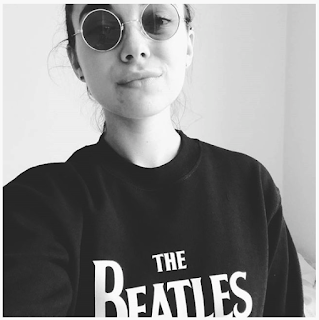 The Tower of London is home to the Crown Jewels. To get to see them, you have to go through a security system, and walk what seems to be five minutes into the vault. There's multiple diamonds over 100 karats, as well as many golden table setting, scepters, and the Royal Robes of Victoria the First. 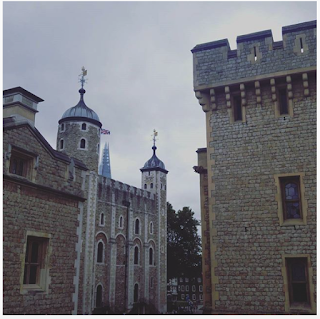 Of the 200 plus museums in London, we made it to about 10 of them. The National Gallery, the National Portrait Gallery, The Welcome Collection, and many public health related museums, all free. The majority of London's museums are free, which is such an awesome thing because if you're ever bored and looking for something to do, you can easily find something that's free and that you can easily spend hours enjoying. While here, we also went to the Sherlock Holmes museum and the zoo. They both had a cost to enter, but once there, we easily spent hours looking around. 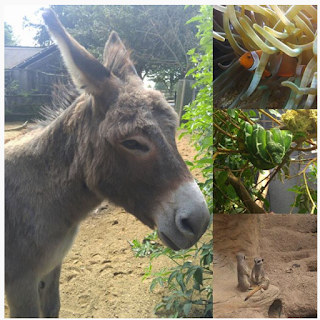 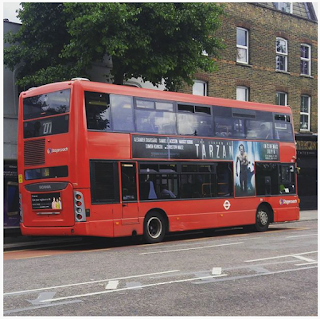 We also got to see A Midsummer Night's Dream and Shakespeare's Globe Theatre. The theater was amazing, and the fact that we were in such a historical place made standing for three hours bearable. Why were we standing? We were in the "peasants" area of the theater, which is located in front and around the stage. In Shakespeare's time, the peasants would stand in this area while the wealthy got to sit in the boxes and seats in the back and balcony.

The play itself was a modernized version. The cast was dressed in "normal" clothes to todays standards, and the character of Helena was a Helenus. Having not one, but two gay men in the play really was a shock, but it didn't change the story one bit. The love square between Helenus, Lysander, Hermia, and Demetrius was still as heart wrenching as it was when I saw a more "classical" version.

One of the most interesting things about London is the variety of food that is available. While here, I had anything from the typical Fish and Chips, beautiful Mexican tacos, pizza, and even sushi. There's dozens of cultures, and hundreds of languages around the city, and it's hard to walk more than a block without hearing a language or accent that isn't English.

The "full English breakfast" is certainly a plate full. In the ancient Anglo-Saxon days, the gentry (the class right below the nobles) would honor guests with a full breakfast to show their wealth.
(https://www.englishbreakfastsociety.com/full-english-breakfast.html) 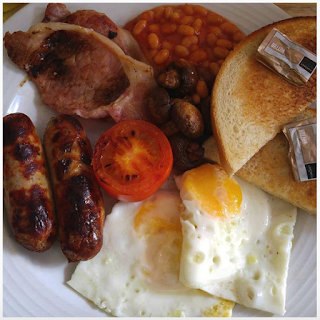 On our last day in London, we went to a restaurant near Tower Bridge where we enjoyed classic afternoon tea that consisted of tea, small sandwiches, and various pastries. 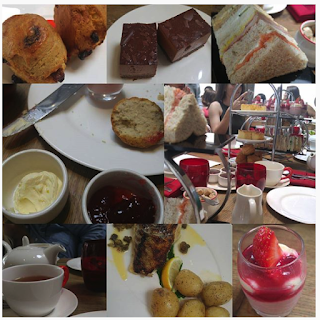 The culture in London is incredibly different than that in Corvallis. There is no sign of the beloved Birkenstocks here unless they're being worn by a tourist. When you think of the "typical" person from the U.K. it's likely that you think of a man in a suit, or a woman in a skirt and nice blouse. This is EXACTLY what you can find in London, and let me tell you, if you don't look like that you can get some pretty weird looks for standing out.

We also took a couple trips outside of London to Windsor and Cambridge. While in Windsor we toured the castle, which is one of the current residents of the Royal Family. We also took a boat ride on the River Thames, and learned about the history of the area. There was also a fudge shop in Windsor called Fudge Kitchen that had some pretty awesome fudge and employees. 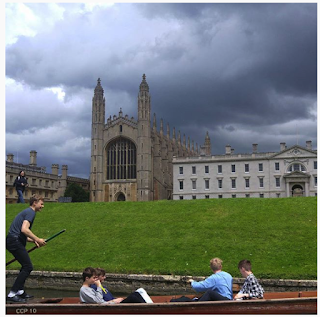 In Cambridge, we went punting. Punting is when you get to sit in a really long, extra wide, canoe-like boat while someone "drives" you around with a long pole. We learned all about the different colleges within the University of Cambridge, and the history of a few of them. In this picture is Kings College Chapel, and one of the many punting boats on the river that day.
Posted by Unknown at 4:45 PM